The Rise of Citizen Developers 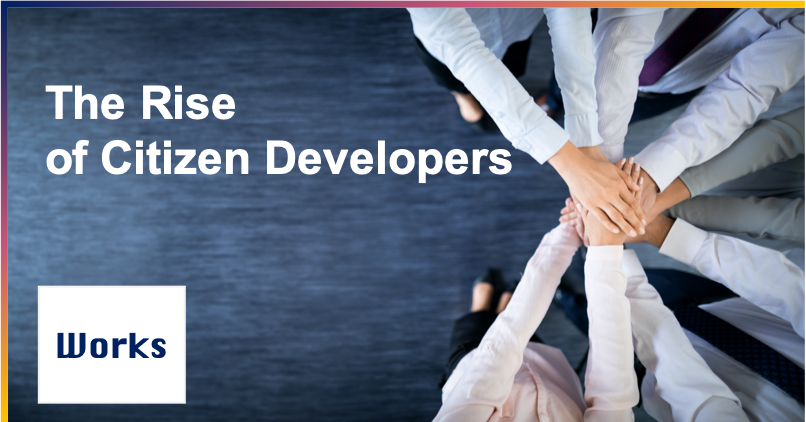 In today’s digitally-driven economy, IT has become the soul of enterprises. Simultaneously, it requires a lot of people across different organizations to be able to design and develop applications that help move data to where it is required. Fundamentally, IT has gotten a lot greater than the IT professional or developer — IT has become the business.

This shift to a digital, decentralized, and collaborative work environment has brought about the rise of citizen developers. As corporate IT developers emphasize more on developed and global projects, citizen developers can become supporters of organization-wide development, and their projects can make efficiencies and speed up business outcomes at both the organizational and local levels.

What is a Citizen Developer?

A citizen developer (CD) is somebody who uses no-code or low-code development tools to make new software applications. That is significant given the extreme deficiency of developers with enterprise-level coding skills. Aspiring citizen developers become familiar with the fundamentals of developing and changing digital work processes. They should likewise show that they understand the organization’s principles and best practices for software development.

With serious no-code tools and the correct administration, citizen developers can move away from side-by-side methodology. Citizen developers would then be able to do the entirety of the actual work, as long as they work inside the limits of the organization’s approaches on data security and other security parameters.

Progressively, the term “citizen developer” refers to any non-technical, full-time businessperson that sees digital process automation as one of the numerous product tools used to develop productivity and proficiency, eliminate the revisions, support higher-value tasks, and coordinate team activities. Their tools (low-code and no-code) will affect everybody – similarly as personal productivity software and social media changed how businesspersons and society perceive work.

This website uses cookies to improve your experience while you navigate through the website. Out of these cookies, the cookies that are categorized as necessary are stored on your browser as they are essential for the working of basic functionalities of the website. We also use third-party cookies that help us analyze and understand how you use this website. These cookies will be stored in your browser only with your consent. You also have the option to opt-out of these cookies. But opting out of some of these cookies may have an effect on your browsing experience.
Necessary Always Enabled
Necessary cookies are absolutely essential for the website to function properly. This category only includes cookies that ensures basic functionalities and security features of the website. These cookies do not store any personal information.
Non-necessary
Any cookies that may not be particularly necessary for the website to function and is used specifically to collect user personal data via analytics, ads, other embedded contents are termed as non-necessary cookies. It is mandatory to procure user consent prior to running these cookies on your website.
SAVE & ACCEPT